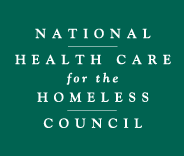 According to the Centers for Disease Control (CDC), suicide is the tenth leading cause of death overall and has been climbing.  Reports show that suicidality and the disparities among homeless populations was among the most reported.  A fact sheet was developed by the National Health Care for the Homeless (HCH) Council as part of a series related to emerging issues in the HCH field.

Click here to read the brief on suicide and homelessness.